The Houses of Belgrade, a novel by Borislav Pekic. Translated by Bernard Johnson. Published in 1978 by Harcourt Brace Jovanovich, New York & London. Hardcover, 212 pages, $9.95. The bumbling protagonist of this witty novel is a once-wealthy old Aromanian gentleman and landlord in Belgrade, Arsenie Negovan. It is June 1968; Arsenie is 77 years …

Though folk-songs are sometimes used as sources of historical information, they are not always reliable and should be balanced by some other historical information about the period they deal with. This poses a problem for us, in that we Aromanians do not have much of a written historical record in comparison with other peoples. We …

The grand social event in Baieasa, as in all Vlach villages, was the panagire, on the day of the Assumption, celebrated beginning on August 15th of each year. This was a celebration involving much pomp and color that lasted several days and preparations for it began months ahead. The house was scrubbed clean, food and goodies …

A Note on the Contributors

(Due to a proofreading error our notes of acknowledgement to Beverlee Fatse Dacey and to Gus Moran were left out of the last issue. They appear below; our apologies for the delay.) h Beverlee Fatse Dacey (“Ethnic Values and Ethnic Identity”) is an anthropologist and perhaps the pioneer in our community in researching the facts of …

A Letter to the Editor & A Reply

A Letter to the Editor Living as an American of Macedonian descent for 52 years may not be considered by some as a scholarly approach for my response, but it is the source of my reactions and I would like to share my opinion with you. My parents may have been new to this country, …

Book Review: The Vlachs: The History of a Balkan People, by Tom J. Winnifrith.

New York: St. Martin’s Press, 1987. Hardcover, 180 pages, $37.50. Whatever the merits and faults of this book, it could not have come at a better time: We Aromanians are on the verge of extinction yet we are hardly doing a thing to prevent our demise. Until very recently, even our own leaders have been …

All Romance, Greek, Germanic (including English) and Slavic languages are descended from the same ancestral language, IndoªEuropean, which is thought to have been spoken between the Vistula and Elbe Rivers in Northeastern Europe 5,000 years ago. When the Turkish Sultan Mohammed captured Constantinople in 1453, ending the Byzantine Empire, he was assisted by a Vlach … 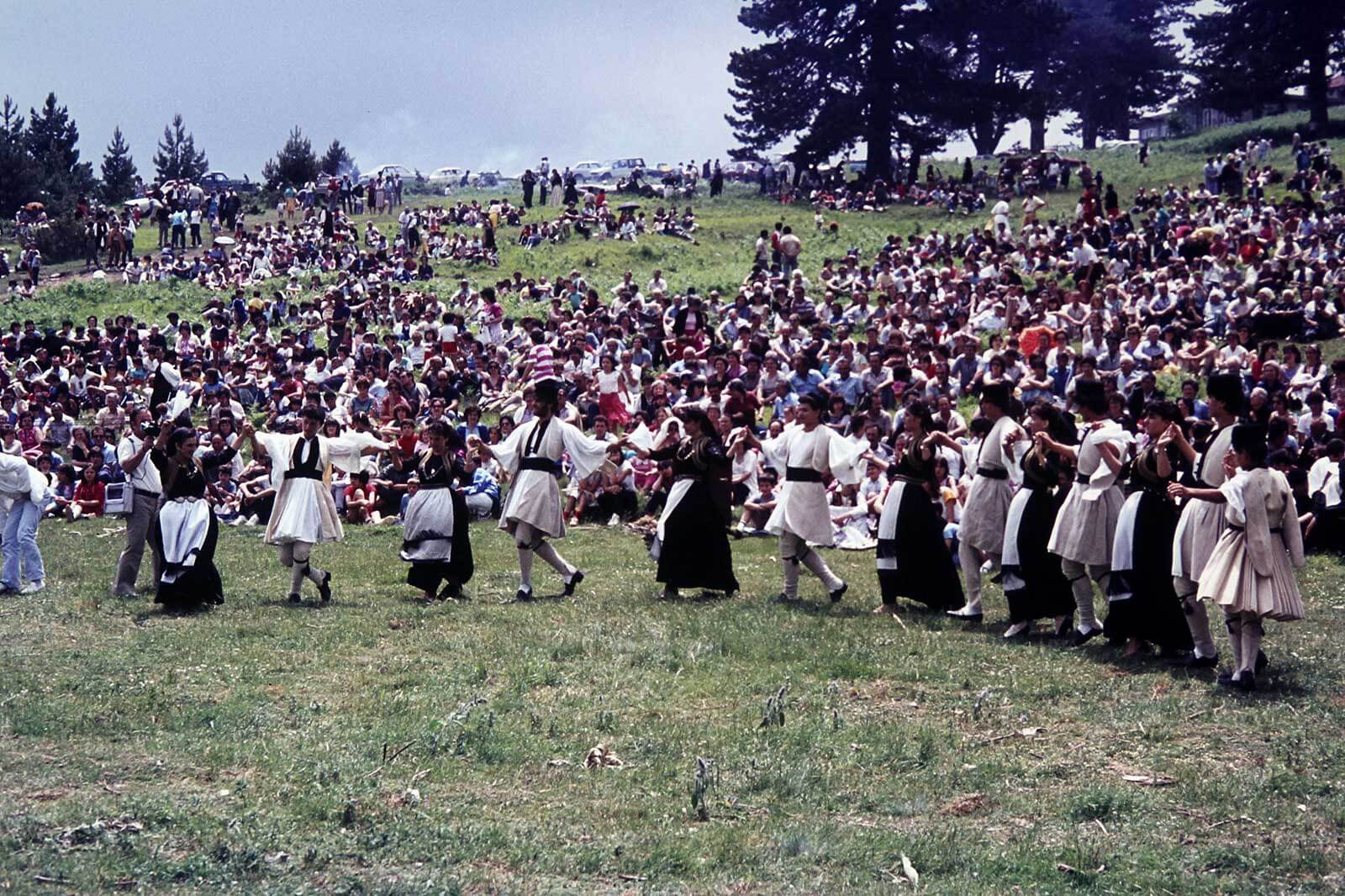 Our Diaspora in Transition: Some Views on Culture, Language, and Change

I have lived in the Vlach villages of Greece for each of the past 12 summers, a testimony to my love for our culture and language. Following as closely as possible the travels of Alan Wace and Maurice Thompson in The Nomads of the Balkans, I have visited and come to know over 80 Vlach villages …