A Note on the Contributors

(Due to a proofreading error our notes of acknowledgement to Beverlee Fatse Dacey and to Gus Moran were left out of the last issue. They appear below; our apologies for the delay.)

h Beverlee Fatse Dacey (“Ethnic Values and Ethnic Identity”) is an anthropologist and perhaps the pioneer in our community in researching the facts of our ethnic background and identity. In addition to her essay, Beverlee contributed many ideas which were incorporated into the Newsletter’s format. She resides with her husband and their young twin boys in Trumbull, Connecticut.

h George Moran (“Our Diaspora in Transition”) is a teacher and counselor in the Bridgeport high school system. He is fluent in several languages, even learning some Vietnamese while serving in that country in the U.S. Army. George, too, is a pioneer: He was the first among us to explore the old country, and he has probably visited more Aromanian villages than any living person.

h Gus Moran (illustration, “What’s in a Name?”) is an artist whose work has been displayed in galleries throughout the Northeast. He has lived in Florence and studied at the Academia de Bella Arte. He painted an Aromanian village dance in a mural for the Tonna Center of St. Dimitrie Church in Bridgeport. He and George Moran are brothers.

h Dr.T.Steven Tegu (“The Panagire as It Was Celebrated in “Baieasa”) is Professor Emeritus of Romance and Slavic Languages at Rhode Island College in Providence. Born in Baieasa in 1911, he was wounded during its liberation from the Turks a year later, and emigrated to the U.S. with his family in 1921. He returned to Baieasa after World War II as a U.S. Air Force officer, met a young woman and married; they have five children. 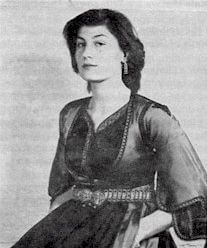 Prof. Tegu’s daughter Andriana in the lovely
costume of the village of Aminju (Metsovo). 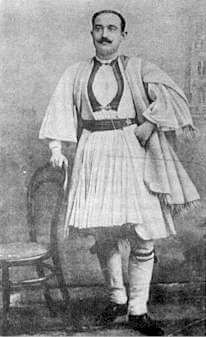 PrevPreviousA Letter to the Editor & A Reply
NextThe Panagire, as It Was Celebrated in BaiesaNext