Book Review: The Vlachs: The History of a Balkan People, by Tom J. Winnifrith.

Whatever the merits and faults of this book, it could not have come at a better time:

We Aromanians are on the verge of extinction yet we are hardly doing a thing to prevent our demise. Until very recently, even our own leaders have been doing their best to get us to become Greeks or Rumanians or something in between. Only in the 1980s do we seem to have realized that we are none of those other groups but rather a unique group of our own; one can but hope that it is not too late. Since our sole chance to survive is to see clearly that we constitute a unique, distinct ethnic group, this book may be the best thing to have come our way in a long time, because it respects our uniqueness and lets us know that we do indeed have our own distinct history.

Tom Winnifrith says he “first became interested in the Vlachs at the age of about seven when I studied brightly coloured …linguistic maps of the Balkans, noticing scattered dots of Latin-speakers in the high mountains.” He did not meet his first Vlach until 1974; in 1975 he began writing this book, and in 1985, after much research and several trips to all four of the countries in which we are found, he completed it. He does not view the book as definitive, but rather as a start, a pioneering attempt to fit together all the major pieces of the puzzle posed by our continued existence; nor does he intend to stop now that the book is published–he hopes to do more work on the Vlachs.

Mr. Winnifrith is concerned about the threats posed to our survival by the modern world; some idea of the danger we face can be gained by comparing his population figures with those cited by Zbigniew Golab in his 1985 book about the Aromanian dialect of Krushevo. Golab estimated that in 1961 there were some 130,000 of us; only 50,000 left. The situation is disastrous.

One might note, however, that the Vlachs will not be the first group to disappear from the face of the earth; why is it so important that they now be taken seriously and studied? Winnifrith proposes at least one convincing reason: Study of the Vlachs has the potential for filling in the large gaps remaining in Balkan History. Like the Albanians, the Vlachs have been in their regions for a long time; but whereas the Albanians stayed in their remote areas, the Vlachs were often in the midst of the great changes, beginning with the Roman conquest itself. Right now the Vlachs are almost completely ignored in most histories of the Balkans; they are a small group, without a state or even a printing press, and the ethnocentric histories of their neighbors have not

left much room for them. Yet the Vlachs were once a key element in the Balkans; thus only by making sense of Vlach history can we hope to make better sense of Balkan history.

This insight is not only striking but it is also quite bold, considering the major controversies and ethnic trouble spots that abound in the Balkans. What gives Winnifrith strength is his impartiality: He has no interest in seeking anything but the truth. Because of this, he is not afraid to jump right into the Balkan free-for-all (even though he is not a historian– he is a scholar of classics and literature) and suggest probably the most sensible picture of the origins of the Vlachs ever offered: The Roman colonies in Macedonia and Epirus were later reinforced by immigration southwards by the Latinized indigenous population of what is now southern and central Yugoslavia.

One of the key ideas in this book is that the groups surrounding the Vlachs all have an axe to grind concerning their own history, and because of that each one of them has done violence to Vlach history. Rumania fights Hungary over Transylvania by pretending we came from north of the Danube. Bulgaria fights Yugoslavia over Macedonia by pretending we don’t exist. Greece fights Albania over Northern Epirus by pretending we are Greek. Each group gains something by sacrificing the Vlachs, except us–we always lose. But after all, what is to stop us from losing? We don’t have a state, we don’t have universities, historians, libraries, politicians, and diplomats looking after our interests and our history, so what is to prevent the others from sacrificing us? Indeed, it seems a miracle that we’ve even made it to 1988 without such supports. 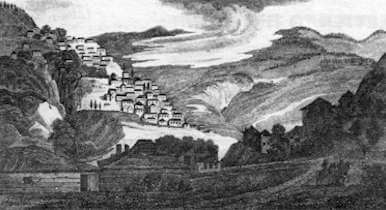 But we certainly won’t make it much beyond 1988 without those supports. And that is another reason why this book is so important: Here is an “outsider” taking up our position in the world and defending it for us. The same thing has happened in France and Germany, where scholars are defending our position because we have so far failed to do so –we have been too busy hating each other for being pro-Greek or pro-Rumanian to notice that none of us is pro-Vlach! It is one more credit of Winnifrith’s book that it includes a sincere plea for reconciliation between all former factions in disputes over the Vlachs; let us hope it is heeded.

With all this said, one might think that this is a perfect book–actually, as the author freely admits, it has its problems. The approach is from political history, in many ways one of the least promising approaches to the Vlachs (as opposed to social or economic history, or even linguistics).

The theoretical framework is weak (e.g., “My work has no special claim to make…”), and outdated concepts are used (such as “race”). I was also struck by the omission of several key English- language works on the Vlachs; but these flaws can probably be explained by the fact that Winnifrith is not a historian by profession. What seems to me a more serious problem is his carrying over from the field of literature its tendency to judge the achievements of other cultures by standards outside of those cultures, such as when he says that Aromanian is not a good vehicle for poetry–he has obviously never heard George Murnu’s Grailu Armanescu.

Still, this is a very important book, and it comes at a crucial time; whether it is a milestone or a tombstone is ultimately up to us.

PrevPreviousDid You Know?
NextA Letter to the Editor & A ReplyNext