From the Editor — The Failure of the Ethnic-State

Not long ago I attended a lecture about Woodrow Wilson and his support of the right of ethnic groups to have their own states — a principle that falls into greater disrepute with each new atrocity committed in its name. At the lecture’s end, a bow-tied professor with an elegant accent arose and said, “Yes, …

Editor’s Introduction: Two issues ago we published Helen Winnifrith’s absorbing account of her journey to Albania with her husband Tom. We now publish Prof. Tom Winnifrith’s description of his follow-up visit to Albania. Prof. Winnifrith is the editor and contributing writer for the recently published Perspectives on Albania (St. Martin’s Press, 1993) and is currently working on a …

We welcome with great pleasure new member Terry A. Terezi of Florida, whose parents hailed from the once famous town of Voskopolje. As announced by President Robert Nicola at the 90th Anniversary Dinner Dance, the Society wishes to express its deepest appreciation to Ms. Margaret Caciavely for her generous donation in memory of her late …

Nick, Jim and Sam. With such familiar American names they could be three brothers in any Yankee family. But their common names mislead us, for they belong to three very uncommon men. They are the stalwart sons of George and Aspasia Tamposi, who immigrated here from the mountain hamlet of Avdhella, Greece, at the start …

Do You Know What Others Have to Say about Us?

Each stall-holder has something special to tempt the difficult customers. Some tsouknides (nettles) that are boiled and given to those with upset stomachs; roka (rocket) or Vlach herb and mixes of horta (wild greens) called moschucite for using in pies. A man with a wheelbarrow of giant and baby leeks and spring onions, blocks the road, anxious to sell as quickly as possible. … 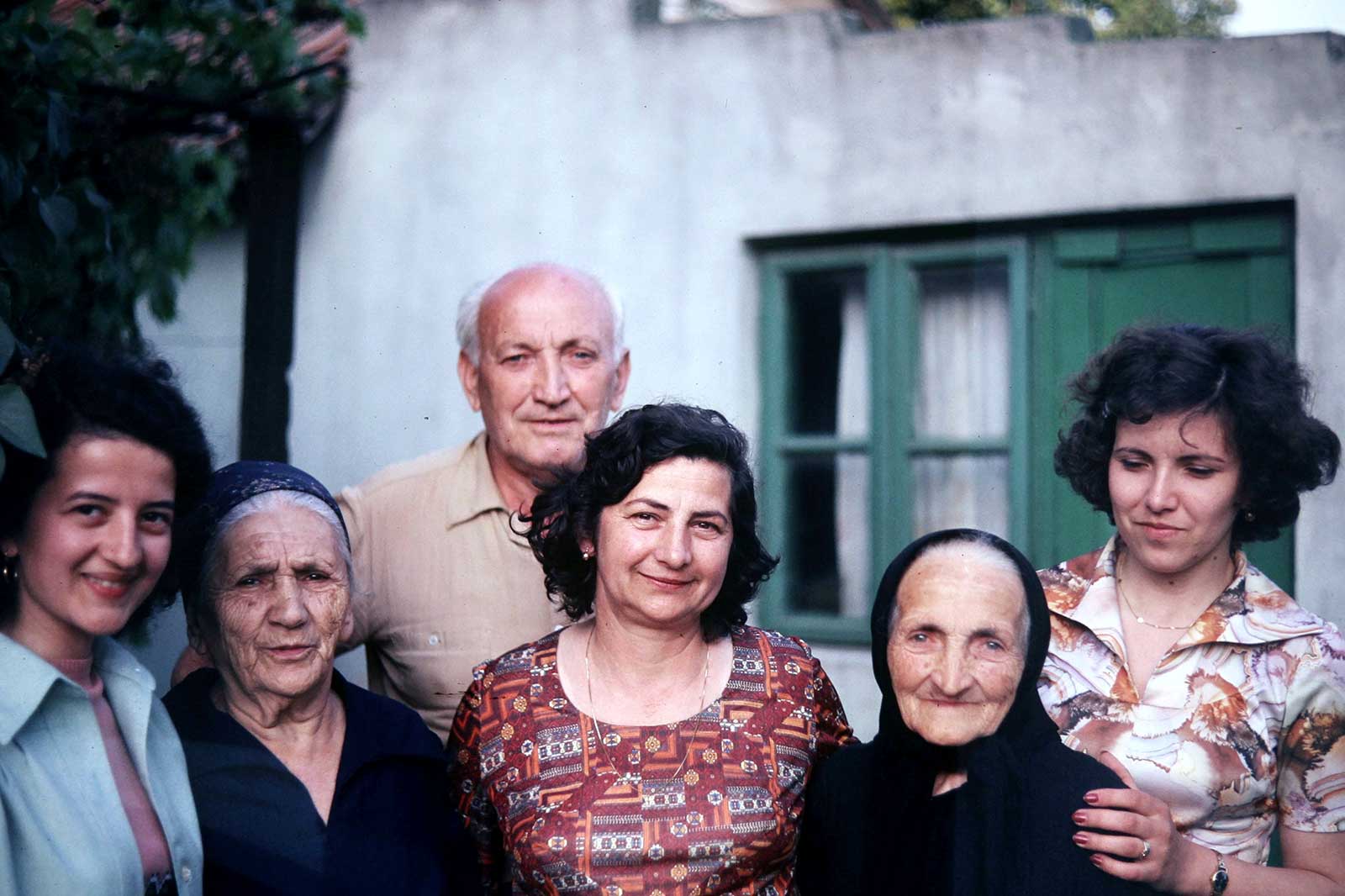 A Report on the Aromani in Romania

AUTHOR’S PREFACE This study was conducted over 18 months ago and the following report submitted to the Society Farsarotul General Assembly in November 1992. Very little has changed for the Aromani in Romania since that time. Romania is in economic and political turmoil with tremendous inflation, unemployment and a self-promoting leadership. The Romanians and Aromani continue their struggle to …