Late-Breaking News from Our Midwestern Correspondent

Greetings. On one of my recent expeditions to meet Vlach families in the Midwest, I was fortunate enough to meet Mrs. Radka Radevski. Her parents were part of a group of Aromanians from the village of Gopesh (now in Yugoslavia) who settled in Ellwood City, PA. Radka is very proud of her ethnic heritage. Her enthusiasm is displayed on the specially-made license plate which bears the name of her native village. 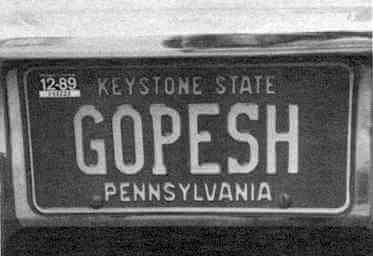 In Ellwood City, the Spoa family was kind enough to show me a videotaped television documentary about Gopesh, produced by the Macedonian state-run television network in Yugoslavia. On the feast day of the village church (St. Elijah, I believe) scores of Aromanians whose ancestors were from Gopesh descend on the village from all corners of the earth. Older persons interviewed spoke of how prosperous the village once was, and how the wars and changing times caused it to decline. The younger people said they would like to restore the village — perhaps by building summer houses. Thanks to the Spoas, I was able to copy the tape.

A “first” of sorts took place in Akron, Ohio, on October 22, 1989. Paul Triffon and I arranged an informal fellowship dinner for our Aromanian friends and acquaintances from Ohio, western Pennsylvania, and Michigan. Considering that the invitations were mailed only 3 weeks prior to the event, the gathering was quite successful, with 15 persons in attendance. Each guest was given a copy of Robert Nicola’s article, “History of the Macedo-Roman,” from the 50th Anniversary journal of St. Dimitrie Church. Since most in attendance knew the Slavic Macedonian language, the video of Gopesh was shown. All present expressed an interest in continuing the gatherings on a regular basis. 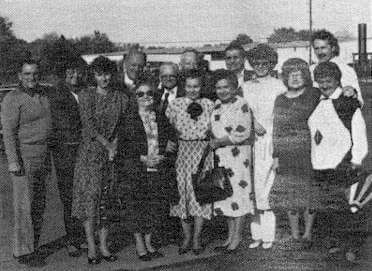 Finally, I heard through the grapevine that Mr. Jimmie N. Dimos, Speaker of the House of Representatives of the Louisiana State Legislature, is of Aromanian heritage. Both of his parents reportedly hail from Gopesh.

Thanks to everyone, especially the family of Nicholas Fatse, for your hospitality last year. See you at the dance in November!

PrevPreviousProclamation : “Vlach Cultural Preservation Day” in New York City
NextDid You Know What Other People Have to Say about Us?Next