From the Editor: The End of an Illusion

Of all the Newsletters we have published in our 24 years, this issue may very well be the most important, because it contains 3 remarkable contemporary documents that show the situation of the Balkan Vlachs today as THEY see it, not as self-styled Vlach leaders in the West see it.

Several generations have grown up in the U.S. since the two largest mass migrations of Vlachs in the 20th century: to America between 1900-1920 and to Romania between 1925-1943.  Those of us in the U.S. who were raised to think of ourselves as Romanians, as well as those who grew up in Romania as citizens of that state, have had at least two core beliefs in common: (1) that the Vlachs are actually Romanians, and (2) that we were pressured by the Greek government to become Greek, persecuted when we refused, and are still persecuted there.

Those of us who have actually traveled to Greece and other Vlach areas found a very different story: (1) the overwhelming majority of those Vlachs do not feel they are Romanian and never did, and (2) aside from two periods of very real pressure and persecution – during the Greek military struggle between 1897-1913 to gain control of Macedonia and during the authoritarian, quasi-fascist Metaxas regime between 1936-1941 – not only have the Vlachs not been persecuted by the Greek government, they have been welcomed at the highest levels of that government and in fact helped found the Modern Greek state and have held major positions in its government from that time to the present date.

So different were the beliefs we were raised with from the reality of the situation that my first trip to Greece in 1981 was more like shock therapy than a vacation.  I expected to see a focused effort to extinguish Aromanian traditions.  Instead, I found thriving communities that were preserving Aromanian traditions and language better than most of us.  Other than a few bigots not sanctioned by the Greek government – bigots much like those found in every human population – there was no “persecution”… in fact, the evidence presented by my own eyes indicated that the Vlachs of Greece lived a life where they enjoyed far more freedom to organize, to speak their language, and to live in liberty and prosperity than their compatriots in Albania, Bulgaria, Yugoslav Macedonia, and even Romania.

That and subsequent visits changed my view forever.  While I still vehemently disagree with Greek nationalist scholars who contend that the Vlachs are and always have been Greeks, I understand that the Vlachs are not Romanians, either – but we have important cultural, historical, and linguistic ties to both Greece and Romania.

But what about those of us who have never been to Greece or other Balkan countries?  How can we test the beliefs that have dominated our understanding of who we were and who we are?

We can start by reading this special double issue of the Newsletter of the Society Farsarotul.

Alexandru Gica is a remarkable young man who, alongside a love of mathematics and a career as a Professor at the University of Bucharest, has maintained an interest in and a passion for his Vlach heritage.  In this issue, we present two studies that took him years to pull together – one that covers the history of the Vlachs in Romania from the beginning of their mass migration there in the 1920s to the present, and one that covers the history of the Vlachs in Greece, Albania, and Yugoslav and post-Yugoslav Macedonia during roughly the same period.  I think it is fair to say that these papers are unique – there is no work I’m aware of that covers developments in our communities in those countries during those years, and definitely not one with comparable rigor in terms of scholarship, original research, depth, and impartiality.  We are deeply grateful to Alexandru and to the New Europe College for their permission to reprint these important articles in English for the first time and for the privilege of allowing me to edit them accordingly.

Another unique insight into the state of our people in the old country – in this case, in Greece – is offered by the 2009 letter from the leaders of the Pan-Hellenic Federation of Vlach Cultural Societies to the Secretary-General of the Council of Europe in the wake of European attempts, inspired by Vlach activists mainly in Western Europe, to influence the way Greece approaches its Vlach community – by designating them as a minority and creating official support for Aromanian language and culture.  The Greek Vlachs’ response is essentially “Thanks but no thanks – we’re doing a pretty good job ourselves, and if we need your help we’ll ask for it.”  By reprinting it we do not endorse it, we merely show the official position of the Vlachs of Greece (who arguably constitute a majority of the Vlach population).  This document is also interesting because of the number of Greek towns and villages whose Vlach societies signed on to it and belong to the Federation – 101 in all! – and most of us will find an ancestral village or two in that list.

We include a paper by Athena Katsanevaki on a subject that has not received as much attention as it deserves: the musical tradition of the Vlachs, within the context of the Byzantine civilization within which it arose.  We hope you find this issue as interesting to read as it was to edit! 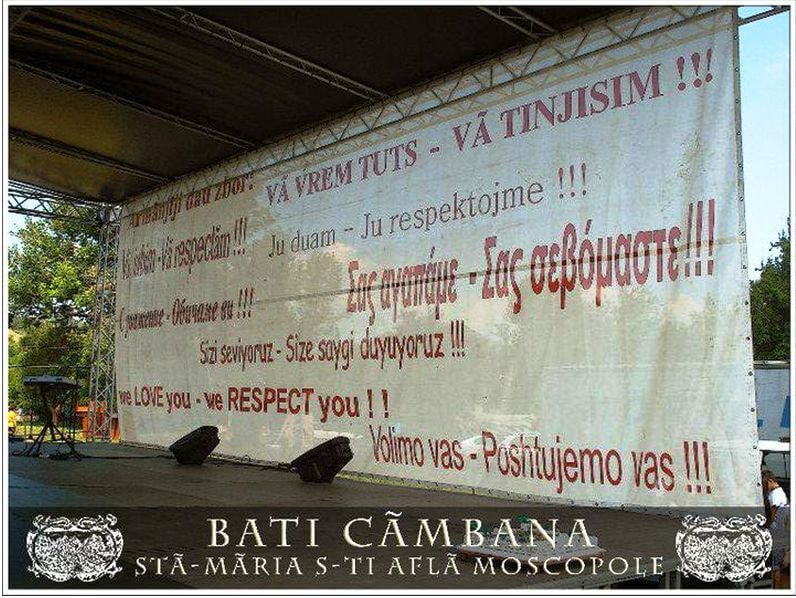 A welcome message for the tens of thousands of Aromanians who attended the Great Assembly of Moschopolis
on August 15, 2010, convened by the Albanian Council of Macedonarmâns

The Recent History of the Aromanians in Romania

The Recent History of the Aromanians in Southeast Europe

Vlach-speaking Vocal Music in the Western Balkans: An Introductory Note

Panhellenic Federation of Cultural Associations of Vlachs: Letter of Information to the Council of Europe