After this Newsletter was prepared, but before it went to press, we learned with sadness of the passing of three members of our community: Dr. Nicholas A. Sholler, Vasil L. Bellas, and John Ghnouly. May their souls rest in peace.

Metsovo on the World Wide Web:

We knew that American Vlachs have been surfing the Internet for information, but we had no idea that on the other side of the world, Greek Vlachs have been putting out information. One of our Web browsers the other day ran across an ad for the Hotel Kassaros (we assume this is from the Aromanian word cashari, Aplace where cheese is made@), complete with views of the hotel and of downtown Metsovo. And if the beautiful mountain scenery doesn=t sell you, this will: the rates run from $35-50 for doubles…

Greece is contemplating a huge physical infrastructure project which will divert the course of the Acheloos River in Greece. The Acheloos is the longest river in Greece; its source is near the town of Metsovo. This project has potentially large implications not only for the ecology of Greece, but also for many of the mountain communities of the Pindus. We=ll keep readers posted as the story develops.

While vacationing on the Outer Banks of North Carolina last summer, we discovered an island named Ocracoke which has its own dialect of English. The pronunication is different — a thick brogue renders Ahigh tide on the Sound side@ as Ahoi toide on the saned soide.@ There are also unique words, such as Afladget@ (piece) and Aquamish@ (queasy).

Like the Aromanian language in its village incubators high up in the Pindus Mountains, the Ocracoke dialect has been kept alive by its isolation. Founded as a port in 1715, Ocracoke Island remained isolated until the state of North Carolina sponsored a ferry service in the 1940s and then built a state highway there in the 1950s. The dialect has since been disappearing, and residents blame MTV and vacationers for accelerating its loss.

Two books have been published recently about Macedonia and the Macedonians. Though we have not had time to review them yet, both are by accomplished writers and are sure to be of interest to our readers:

Who Are the Macedonians? by Hugh Poulton (Indiana University Press, $29.95)

Since the fall of Communism in Eastern Europe, many Aromanians have emigrated to the USA from Romania, Albania, and Macedonia. We as relatives and predecessors in this country are often called upon to help these newest Americans get started here. One service often in demand is classes in English as a Second Language (ESL). Society Farsarotul members should be aware that there is a Hotline at the National Institute for Literacy that provides information about the cost and availability of such classes locally — the number is 1 (800) 228-8813.

Switzerland has 4 national languages: German, French, Italian, and Romansch, a unique Romance language spoken by some 40,000 people — fewer than one percent of the seven million people of Switzerland. Swiss voters recently approved a constitutional amendment that aims to preserve Romansch by increasing federal spending on Romansch schools and by allowing Romansch-speakers to communicate with the government in their own language. The government is also attempting to create a standardized Romansch out of the 5 dialects currently in use; not all Romansch-speakers agree that this is a good idea.

Macedonia recently initiated a new studio to broadcast programs in minority languages. The studio was funded by the governments of Switzerland, Denmark, and Macedonia. The studio will broadcast 3 hours daily in Albanian, one and one-half hours daily in Turkish, and 30 minutes twice a week in Vlach, Roma (spoken by Gypsies), and Serbo-Croatian.

A little-known story: In 1975, Greek defense minister George Averoff received a phone call from an officer in the Greek armed services informing him of a planned coup. The language used was Vlach, in which both the officer and defense minister were fluent, in case the phone line was tapped. The coup was averted.

Cambridge University Press has come in for almost universal scorn for its recent decision not to publish the first book of Queens College anthropology professor Anastasia Karakasidou, Fields of Wheat, Rivers of Blood, a study of ethnicity in Greek Macedonia. Ms. Karakasidou=s life has been threatened on a number of occasions by Greek nationalists who deny the existence of Slavo-Macedonians in Greece. Cambridge University Press claims it dropped the book because it feared violent reprisals against its staff in Greece.

Three well-known academics resigned as advisors to Cambridge University Press as a result, and they called upon their colleagues internationally not to submit manuscripts to or review books for Cambridge. The Press also managed to offend the Greek government, which asserted that the chances of such violence in Greece are near non-existent.

Other publishers quickly offered to publish Ms. Karakasidou=s book, including the University of Chicago Press. 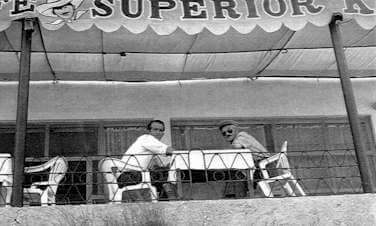