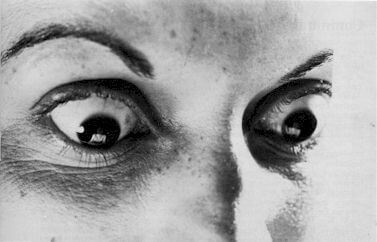 The mothers of Baieasa, like all the women of Epirus, had the difficult task of raising the children without the benefit of doctors — and often without the help of their husbands. I suppose that in ancient times, the men were absent from home for long periods of time, while serving in the army and fighting a war far from home. During my own childhood, most able-bodied men went to America, leaving their wives the hard work and difficulties of feeding and raising the family. My father, for example, was absent from our home for ten long years.

One prominent aspect of child-rearing in those days was the superstition of the evil eye. Mothers often attributed the sickness of a child to the evil eye. The power of the evil eye was thought to be triggered by envy. Anyone could possess it, but generally it was a stranger, an old woman with the appearance of a witch, or a person with a grotesque deformity, such as a hunchback. While here in the United States we praise a child readily for its beauty or good health, one cannot do so to this day in Greece and in many other parts of the world.

In those places, if a child is praised, it is customary to spit three times and utter the ritual statement, “Ptumashala.” This is purely Arabic; the “ala” part of the word refers to Allah, and the expression can then be roughly translated as, “behold the work of God.” I suppose that the Vlach women who uttered those words (and probably utter them even today) were entirely unaware that they were speaking Arabic! Such is the exotic language and unusual culture of the Vlachs.

As I have noted, the power of the evil eye is usually triggered by envy. As a result, the popular belief in the evil eye may serve as an important means of social control which leads to the avoidance of ostentation, to the practice of generosity and hospitality, and to other behavior to avoid the provocation of evil.

The evil eye is a universal concept with a long history. In my own research into the matter, I have discovered belief in the evil eye not only in ancient Greece and Rome but also in modern Jewish, Islamic, Buddhist and Hindi traditions — in folk cultures and pre-literate societies as well as in modern, literate societies.

There are local variations. Arabs believe that the color blue protects men and animals from the evil eye; amulets and gold coins are also used as safeguards. Sometimes, the power of the evil eye is held to be involuntary. A Slavic folktale tells of a father who, aware that he possessed the evil eye, blinded himself so he could not bewitch his own sons.

During our eight years in Spain, we discovered that the recognition and fear of the evil eye still plays an important role in the life of the average Spaniard today. I believe this is the legacy of the Moors, who occupied Spain from 711 until 1492. In Spain, a man or woman who possesses the evil eye is known as being under la mala sombra, “the evil shadow.” One hears the words mala sombra frequently in the conversation of Spaniards, and reference to the evil eye is made regularly in Italy, Portugal, and other Mediterranean countries, including North Africa. I have also heard about the evil eye superstition in Brazil, Haiti, Cuba, and Mexico. I am not certain of its origin in these countries; it could have been brought over by the Spaniards and Portuguese, or it could be a pre-Columbian concept.

As everyone knows, the camera is considered a sort of evil eye in many remote places, where people shudder when you point and focus on them. In fact, it may be doubly evil, for in addition to admiring an image, it also captures it. Some people feel that by capturing the image, the camera has captured the very soul of the supposed victim.

Among some Asian and African people, the evil eye is particularly dreaded while eating and drinking because the soul is thought to be more vulnerable when the mouth is open.

Superstition aside, we cannot underestimate the power of the human eye. While no modern, educated person can believe that the eye possesses supernatural power that can cause sickness and even death, the eyes are a powerful force — one not clearly understood even by scientists. Poets and philosophers recognize and respect the power of the human eye. Nikos Kazantzakis, in his novel Zorba the Greek, writes that when the handsome and powerful shepherd lad leads the dance at Easter time, the girls of the village lower their eyes and tremble when he looks at them. His glances are overpowering. I had an interesting experience of my own while traveling in Morocco. The women wear veils which conceal their entire face except the eyes. I noticed that the women were quite capable of sending out strong messages — even with only their eyes showing. And all of us, at one time or another, have been disturbed or attracted by the look of a sexually powerful woman or man.

Anyone who has done surveillance work for intelligence or security organizations such as the FBI or CIA has a very high repect for the power of the eye. Sometimes a member of such a security organization may have to follow and report the activities of a supposed enemy agent or spy. The surveillance could last for weeks. Eye contact between the two persons must be avoided. If by chance they do make eye contact, the surveillance comes to an abrupt end, and the intelligence agent is said to be “burned.”

One of my pictures which won top honors in a contest of the U.S. Armed Forces was displayed in the Smithsonian Institution.

The Evil Eye in Rhode Island?

It happened in a hospital. Our third son, Alexander, had just been born, and the nurse brought him in for my wife Catherine to hold. At that moment, there was a Lebanese woman in the room — she was an orderly, preparing to scrub the floor. She was excited by the beauty of the newborn baby, and wanted to tell my wife how lovely the baby was. And then she went through the ritual of spitting three times and pronouncing the very same words we heard in Baieasa so many years ago: “Ptumashala.” The expression that I had first heard in my little village in the Pindus Mountains had crossed the ocean and taken up residence in Providence, Rhode Island!

Over the years, I have made exhaustive photographic studies of the human eye, using some twenty different subjects of different ages and eye colors, in an attempt to discover some of the mysteries of these “laser beams of the soul.” The photograph above is one of those studies.