Nicolae Cican – Initiator and Founder of the Society Farsarotul 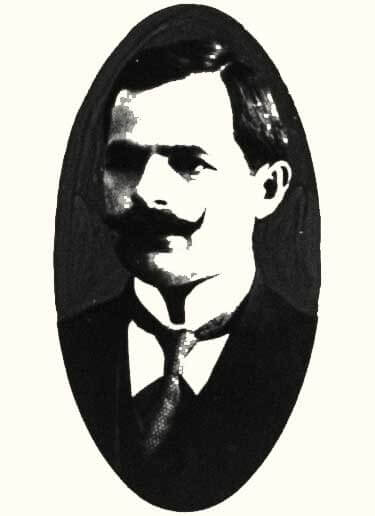 Nicolae Cican was among the first of the Farsarotsi to come to America, arriving just at the turn of this century. Being by nature rather energetic, impatient, and somewhat of a fighter, he had decided to discontinue his studies after graduating from the Romanian high school in Monastir, Turkey [now Bitolia, Yugoslavia – ed.] in order to emigrate to this new land of opportunity. He wanted to escape the troubles of the old country and to be able to improve not just the material condition of his large family — he had many brothers and sisters — but at the same time to be of help to whichever of his compatriot’s fate might guide to America.

When he arrived here he encountered circumstances much more difficult than those which most of us who followed him experienced; besides his not knowing even a word of English, there were no Romani here to help him get a start. When he had passed through all these difficulties successfully, he took the initiative and began to work on some ideas to organize his compatriots, and he founded the Soc. Romana de Ajutor shi Cultura “Sperantsa” on September 13, 1903.

By this time, his compatriots were emigrating here in large numbers. As a leader and as a person who cared for his compatriots, he felt obliged to help these newcomers, devoting long hours of his free time (after 12-14 hours of work per day), giving them free room, board, and clothing, and even finding them work — all for the single promise that after they started working they would become members of the Society. And despite the fact that the Society was barely able to stand on its own feet, a large part of its annual income was sent to widows and poor people back home.

The immigration continued unchecked, and a great number of Farsarotsi from the region of Korytsa, Pleasa, and Dishnitsa found refuge here in America. However, immediately after they would find jobs and make some money they would feel inside them the duty to become members of the Society which was helping (directly and indirectly) their families still in Europe. In the year 1906, the Society changed its name to “Farsarotul.” As its membership increased, so did the Society’s good deeds in proportion: It paid funeral expenses for the poor, it helped those who did not do well here by paying their expenses back home, and it also donated significant sums to churches and schools.

All of these good deeds and sacrifices emanated from the energetic, generous, hard-fighting spirit of the unforgotten initiator and founder of the Society Farsarotul, Nicolae Cican.

[From an article written by Nick Balamaci, Sr., Secretary of the Society Farsarotul, 1942]