We have been publishing for two years now; it is a good time for a glance at our achievements and at the position of our people at the start of the year 1989.

The Newsletter has turned out to be an extremely popular and effective means of keeping in touch with our far-flung community and of informing members and non-members alike of who the Aromanians are. Three years ago, the Society Farsarotul had almost disappeared due to its failure to find a way to interest newer generations of our people in our culture, language, and history. With the arrival of a new Administrative Council and Board of Directors and the implementation of such fresh ideas as the Newsletter and dance classes, etc., the Society has not only been reborn but it has experienced its most rapid growth since World War II: We have gained 60 new members in just two years, increasing our active membership by some 50 per cent. The key factor in this incredible success has been the Newsletter.

But the best news of all is that most of these new members are from among our younger generation, without whom the Society will go nowhere. The Newsletter has found a way to speak to these people because it is completely open to new opinions and ideas, and this is plain for all to see. Instead of repeating the same old mythical praise of the “morality and purity of customs” of our ethnic group and “its sagacity of mind and its national pride,” we have finally come down to earth and realized that not only are we as gifted and as flawed as any other ethnic group, we have somehow been less effective than most of them as we are threatened with imminent extinction.

Which brings us to the other question: What is the position of our people at the start of 1989? Well, the bad news is that according to the most recent scholar to study the Vlachs, Tom Winnifrith, there are only about 50,000 of us left in the world today, and though the majority enjoys freedom and democracy in America and Greece, the rest are at the mercy of more or less repressive regimes interested chiefly in assimilating us.

But aside from that, the news is quite good–in fact, it may be the best ever. A grass-roots movement to revive our culture has begun in the 1980s in America and in Greece amongst a new generation of our people. Whereas older generations once believed that the Aromanians had to align themselves either with the Rumanian state or the Greek state, finally it has been realized that the Aromanians are a distinct ethnic group like any other, and are subject to the government of the land in which they reside. It is no sin today for Vlachs interested in their own ethnicity to be loyal Greek or Rumanian citizens, just as it is no sin for them to be loyal American citizens.

The old prejudices and hatreds are fading fast, and the screaming voices and pounding fists of past nationalist fanatics are now usually impotent and ignored. Throughout the world–in the Middle East, in Africa, and even between the two superpowers –peace is in the air, and perhaps we, too, have been caressed by the same warm breeze. Whatever the reason, we can only win by shedding the dogmatism of the past and instead being objective and open-minded about our ethnic identity.

The Newsletter of the Society Farsarotul exemplifies this new attitude, which is evident in Beverlee Dacey’s striking essay about our ethnic identity; in George Moran’s groundbreaking article concerning the relation of our diaspora community to our homeland in Thessaly, Epirus, and Macedonia; in George Zdru’s work in relating our cultural past to the present; and in Dr. Steve Tegu’s excellent, informative pieces about various key aspects of our cultural and material life in the old country.

One other issue any ethnic publication must constantly examine anew for its readers is the question of what it means to be a member of that ethnic group. There are certain characteristics inherited from one’s ancestors, and there is the way we approach those characteristics at different points in our history. What is an Aromanian in 1989?

Well, the answer for us, as with all others, must remain incomplete. But there is a constellation of traits that do seem to go along with our particular ethnic group. These traits are a pool, a grouping of possibilities. There is no such thing as a stereotypical “national character” for any group. Individuals make choices about their identity and behavior–but those choices are always from amongst the set of possibilities offered by the culture within which they reside. To put the question another way: The possibilities presented by an American or Greek heritage are fairly well known; with what possibilities does an Aromanian background present us? Here are some.

Probably the most central aspect of our ethnic identity is our unique Romance language; though one can retain that identity for some time even without the language, the key problem we face now is whether our language can indeed make the transition from a vernacular to a modern idiom which can stand on its own to describe all aspects of the human experience. Even in its

informality, however, our language imprints us; it is a warm, unpretentious, and deeply personal idiom more suited to face-to-face contact than to transmission by computer, and in this regard
it bears a striking similarity to Yiddish. Also inherent in the nature of our language is a preference for the concrete over the abstract; this imparts a practical, down-to-earth flavor to our speech and thought.

A further trait associated with the Aromanians is that we seem, like our nomadic ancestors, to have an extreme love of mobility; we enjoy being able to travel and to move around whenever and wherever we please. Related to this is the belief– obviously far from unique, but particularly strong with us–that we must get away from urban life and renew ourselves by going to

the country (often the mountains) for part of each year.

Many of us like to take risks (limited risks, that is), which often as not inclines us towards entrepreneurialism as well as other sorts of gambling. Also promoting entrepreneurialism amongst us is a passionate love of freedom and an absolute hatred of domination by another person or government. The Aromanians have played a key role in Balkan commerce and politics in the last few centuries, though paradoxically they almost never strove for their own state. We sometimes have a self-confidence and persistence (some might call it arrogance and stubbornness) that know few limits, and while such traits often lead to success at a personal, familial, or even a tribal level, they also can make organized efforts requiring cooperation rather difficult.

Quite some time ago, we were known for the advanced position of women in our society; though lately much of the world has made great advances in this regard, women once had more freedom and were treated with more respect in Vlach society than in many others, and the self-respect this imparts no doubt continues to help many women of Aromanian descent reach for higher education and a better position in society today.

Another characteristic in which many of us seem to share is our “passion,” by which I mean the burning desire that seems to overtake us once we get an idea of something we ought to do, and

that drives us mercilessly to do it immediately and to allow no barriers or slows to get in our way. Ideas or plans left unexecuted are as intolerable to us as huge debts or other onerous obligations: We feel them as a great burden which we must discharge as soon as humanly possible. In fact, the way to express in Aromanian that one is fulfilling a task is to say u scotu naparti, literally, “I am getting it out and away,” as if the task were a demon to be exorcised.

Finally, I would have to add our clannishness as a central feature of our culture. Having been unconquered nomadic warriors for many centuries–the lords of our own dear mountains–has left us accustomed to thinking of ourselves as a special, “chosen” people, and to looking down at times (consciously or not) on other groups as somehow beneath us. We often prefer to be amongst

our own kind (or those with similar notions), with whom we can compete and measure ourselves because we at least respect them.

It is this characteristic and our language that are being tested most by modern society, which tells us that no one culture is best but that nevertheless the minority must also speak the language of the majority. We can already see that we are different from our forefathers: We accept a pluralistic society more readily than they while we speak our language less. What will the result of all this be? Will we be assimilated, will our language survive, or can we never quite be assimilated, even if

our language disappears, because our image of ourselves as somehow “special” keeps us apart from the mainstream regardless of anything else?

Stay tuned. Our transition into the 21st century promises to be fascinating, and that is one story the Newsletter of the Society Farsarotul intends to stay right on top of. 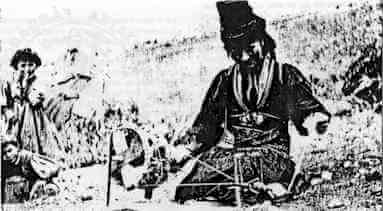 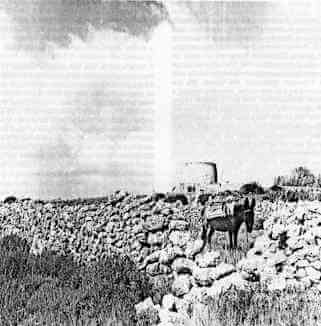 PrevPreviousMemory, Meaning, and the Creative Renewal of Culture
NextDid You Know What Other People Have to Say about Us?Next