Efforts to preserve or at least record some of the world’s endangered languages continue to capture media attention.  In a March 16, 2009 article entitled, “Preserving Languages Is About More Thank Words,” The Washington Post noted that the Irish language (also called Gaelic) was spoken by about 250,000 people when the country was founded in 1922, but despite efforts to teach and preserve it, is only spoken by about 30,000 souls today.  And Irish is by no means unique – linguists expect half of the world’s nearly 7,000 languages to disappear by 2010.  The focus of preservationists has now shifted from simple instruction and publication to the use of digital tools that not only record native speakers but also analyze sounds, syntax, and grammar as well as pinpointing linguistic areas on a map, among other things – the subject of a July 28, 1009 New York Times article, “Linguist’s Preservation Kit has New Digital Tools.”  An example of how digital tools can be used creatively was highlighted in an article in The Wall Street Journal on January 2, 2009, “How the Lowly Text Message May Save Languages That Could Otherwise Fade.”  Today people use cell phones more for texting thank for talking, thanks especially to the software that makes “predictive text” possible (a program that anticipates the word you wish to type and saves users many keystrokes in the course of a message).  The concept is that, due to the attraction and ubiquitous use of cell phones, predictive text could encourage people to use languages that are fading; however, software has been developed for fewer than 80 of the world’s languages.  Predictive text can help keep a native language relevant for young people – perhaps some enterprising Vlach out there will develop predictive text for our language?

Dr. Thede Kahl just published a book in Greece called, “Concerning the Identity of the Vachs” (translated into Greek by Stefanos Boulasikis).  Those who read Greek can visit http://www.bibliorama.gr or write info@bibliorama.gr for more information or to obtain a copy of the book, which is 370 pages and costs 25 Euros.

We noted with interest an article in the May/June 2009 issue of the celebrated English-language Greek periodical Odyssey about Thanasis Economou, a soon-to-be-retired NASA scientist who is planning to build “The Observatory of the Pindos,” a telescope that will take advantage of the clear skies in Economou’s native province of Grevena (called Grebini in Vlach).  Economou hails from the village of Ziakas, in the foothills of the Pindus Mountains along the road leading to Avdhella, Perivoli, and other well-known Vlach villages (and in fact many Vlachs from those mountain villages moved to Grebini each year during the winter months).

Speaking of the Pindus Mountains, the January/February 2009 issue of Odyssey magazine featured an article entitled “Freeriders and Stalefish” that highlighted snowboarding competitions that take place in the mountains of Greece, including Mt. Vassilitsa, home to the Vlach villages of Avdhella and Smixi.

The Society Periovolea, founded in 1909, celebrated its 100th anniversary with a dinner-dance on May 16, 2009.  The Society Farsarotul sent greetings and congratulations on this milestone achievement.  The Society was founded in 1909 and officially registered in the State of New York by Nikolai Gimarcu, Constantine Coca, and Zisi Calogerou.  Led in the 1970s and ‘80s by Pascal Marcu, Constantine Jombur, and Giugica Perdichi, the Society has offered assistance to Pirvuliatsi in America and sends money to the village of Perivoli every year.  Today the Society is led by Chia Mihai, ably assisted by Maria Perdichi-Psomiades.

Those who wish to reconstruct the history of our community have many clues around us, especially in this digital age.  More and more of the manifests (passenger lists) of the ships on which our forebears came to the U.S. are available online.  The manifest for the S.S. Belgravia was recently sent to us; the ship sailed from Hamburg, Germany, on March 25, 1904 and arrived at Ellis Island, New York, in April 10, 1904.  On board were passengers from Macedonia with surnames like Mussi, Giambazi, Tanase, Vanghele, Talabac, and Bicki.  There is a sophisticated Search engine at http://www.ellisisland.org/ that is free but requires registration in order to use fully – we encourage our members to try it out.

Another source of information is the Commemorative Journals that were published on the occasion of the Society Farsarotul’s dinner-dances; not only can one see all the officers’ names from all branches of the Society, there are also ads that were taken out by members and local businesses that our people patronized – I was glancing through the 36th annual ball journal recently and came across an ad for Royal Lunch on West 170th Street in the Bronx, whose proprietors were listed as Atanase and Milia Chiacu – I either didn’t know or had completely forgotten that Milia, whom I knew well, had once had a food business in the Bronx.

Still another source are the publications of other organizations or individuals who took an interest in our people, especially the many articles written over the decades by the late Fr. Vasile Hategan.  He came to know our community as a priest at St. Dumitru Church, which was founded by the Aromanian community in New York City.  Like many Romanians, he referred to us as “Macedo-Romanians,” and a number of his trenchant writings have been reprinted in recent years by publications including the bulletin of the Romanian-American Heritage Center. 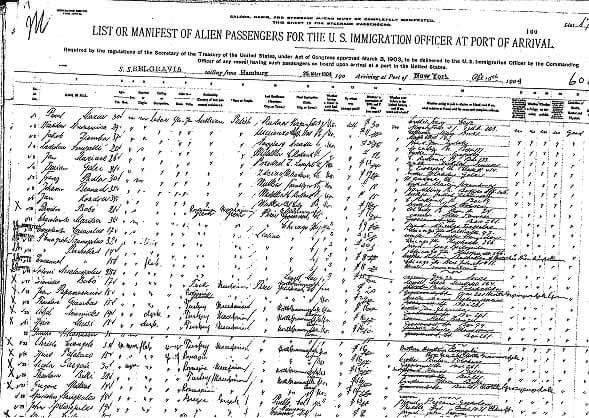 Haunted by the “Enemy” Within: Brigandage, Vlachian / Albanian Greekness, Turkish “Contamination,” and Narratives of Greek Nationhood in the Dilessi / Marathon Affair (1870)

A Trek through Greece, Macedonia, and Albania

The Poetry of Traditional Languages